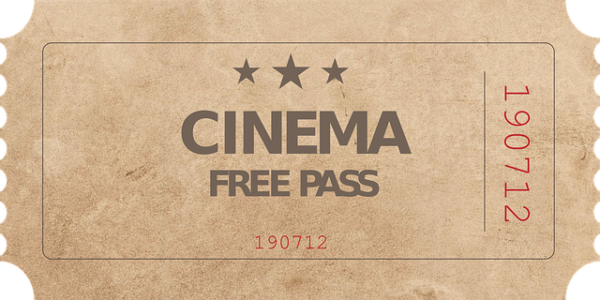 This post contains affiliate links for the movies/tv shows. Clicking on those links to rent or purchase provides me with a small commission. Then I can use that to go see a new movie in the theater sometime.

In honor of the 2017 Academy Awards, I’ve collected my favorite acceptance speeches from actors: not just Oscars but Emmys, Golden Globes, and a film festival award.

I’m kind of a sucker for awards shows, whether or not I’ve seen all the performances. The speeches are sometimes interesting, sometimes not. The best speeches are those that entertain, make me listen, make me laugh, or make me cry.

Why: She Googled herself. Bullock also read the comments section (which we we all know is a bad idea). But she did it anyway and shared her findings with the audience. And it is gold.

Louise Fletcher, 1976 Best Actress Oscar for One Flew Over the Cuckoo’s Nest

Why: Because her speech was witty and because I get choked up when she starts thanking her parents in sign language. I’ve enjoyed watching this speech again. Maybe one day I’ll get up the nerve to watch the movie.

Jamie Foxx. 2005 Oscar, actor in a leading role for the movie, Ray

Why: He references his grandmother who loved him and raised him and disciplined him. He remembers it as an experience that made him the person he is, and gets choked up in the process. Raising children = legacy.

Why: Because it’s the enormously talented Robin Williams and he won!!! An he played a serious role in this movie (a great story); a contradiction from his comedic talent. During the speech, Williams gets back around to that when he remembers his father’s hilarious response to a son who tells him he wants to be an actor. Mr. Williams, we miss you. I’m so glad you didn’t need that backup career.

(Commander in Chief was a short-lived television show with Geena Davis playing the first woman president.)

Why: Because of her poise and grace and at 1:25 she brilliantly pulls off a little trickery.

Why: 1) All the thanking his wife/mother of his children, and 2) because Carell gets up there to a mic and does what actors do best: entertain. And no one is bored.

Forest Whitaker, 2008. Oscar for actor in a leading role: The Last King of Scotland

Why: Because I saw him in North and South and as a child I thought he was excellent actor. I expected to see him again, and I was rooting for him when I found out about this nomination.

Chris Cooper: 2003 Oscar, Actor in a supporting role for Adaptation

Why: I saw him in Lonesome Dove, the miniseries. In an understated, relatively small role he played so well.

Why: Again with the entertainment. Thompson uses the very reason she is winning the award (her writing skills) to present a most

featured image of movie ticket by creative_designer on Pixabay

These are my acceptance speech picks. What are yours?