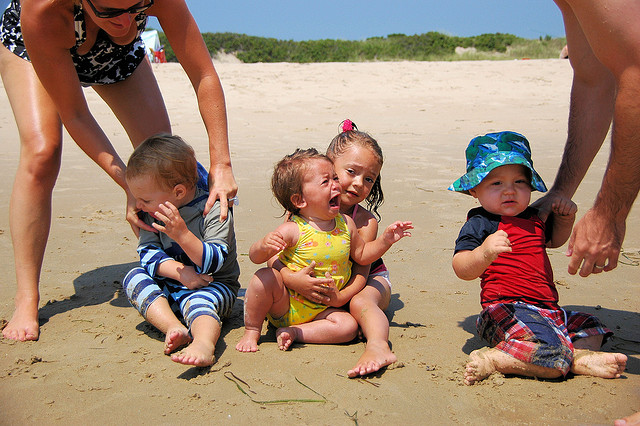 They remind us of birthdays, celebrate anniversaries with wedding photos – complete with the bride’s  eye shadow competing for attention with her lipstick – and both competing with the hair (thank you, 1980’s!).

And then there are the beach photos. Hawaii, Florida, a far-off beach on another continent. Kids trying out boogie boards. Infants who will never, ever remember the trip even look like they’re having the time of their (very new) lives.

I really, really want to take my kiddos to a beach. I want to see them play in the sand, torture a poor crab by chasing him down, get scared when the wave comes up on the shore, only to chase it back out to sea.

But a trip to the beach wasn’t in the cards for us this summer. I have to endure the photos of other moms in cute swimsuits with the daddies building, like, the best sand castles, EVER.

So I’ll try not to get too wistful about those date night pictures at restaurants by the shore (‘Cause the whole family went on the vacation. Translation: Grandma and Grandpa were invited. Well played, my friends).

But I know a thing or two:

Thing #1: That vacation wasn’t all happiness. People had to pack for all those kids and then travel with them in car for hours –  and not filing for dissolution of marriage in the process. Post a photo of that car trip on your status, about one hour before you reached your destination. And also, the scene that came before this one: 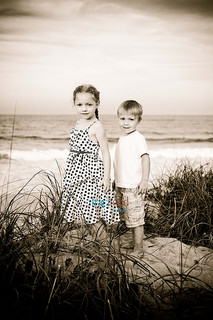 Thing #2: There was an afternoon/early evening meltdown by one of the kids after a day overloaded with sand and saltwater. Let those of us who didn’t get to go check out that image. Actually, a video would really be better. Didn’t you film it? Come on. Be real. Share the love.

Just for the rest of us. Or at least for me.