When Escaping to Technology Is a Great Parenting Technique 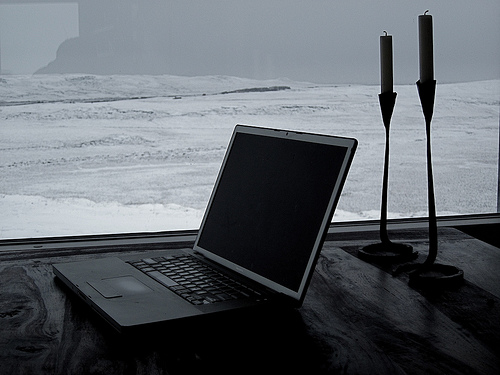 We all know that texting (or web surfing, or doing anything on social media) while parenting isn’t the brightest idea. It’s really best to keep your mind on your kids. And I know I’m not alone when I confess: I’m guilty, at times, of wanting to escape to the safe writing haven my computer,  or the social circle of my smartphone to get away from my kids. That’s not so good.

But those tech gadgets can totally come in handy, and help you be a better parent. For real.

My Boy Two is a strong, strong-willed child. He’s made great strides in the last year (and frankly, so have I) but he is still intense, built like a linebacker, and with tantrums to match his physique. The kind of tantrums that are visceral. The kind you can feel in your bones, make his face red, and my ears ring. His typical method is to thrust his face within a few inches of mine – and let me have it.

And it’s sometimes all I can do to not let him have it back.

In the past, I’ve hauled him up to his room, but I can’t do that so much anymore. It’s kind of hurting my body. (Did I mention he’s big?) Daddy and I have worked with him on his temper and his self-control, but there are some moments NOTHING makes it better. Some moments that any kind of interaction – a word, even a hug, makes it worse.

1. When your child angry, and ignoring him is the only option you have.

At those times, ignoring him is the best thing I can do. For him, and for me.

2. When you’re angry, and the best way to deflect your anger, is to concentrate on something else.

And the best way to do that, is to have something else for me to do. Right there – while he’s screaming at me.

So one day, I planted myself at my computer, and started getting work done. Another time, I put my feet up on the couch with my phone, and read emails. I scrolled through my Twitter feed, and found things to retweet on behalf of a client. I got a few meal ideas from Pinterest and clipped them onto my Evernote. I caught up on my friends’ Facebook statuses.

I felt guilty for about a minute. And then I didn’t.

3. When you still need to be in your child’s presence, to make sure he’s safe.

I got focused on something else, and I knew he was safe and okay (because he was still screaming beside me), it worked. Not for him, at first. He went on for awhile. But it worked for me. I directed my attention to a world outside of my house. I stayed calme. And he eventually got calm.

And so then we could talk. And digress. And hug.

When your child has lost his temper, what keeps you from losing yours?

Flickr photo by cogdogblog (Boy, how I wish I had a beach to see from my laptop. That would help me stay calm. I think.)