How We Incorporate (a little) Fun into Our Morning Routine 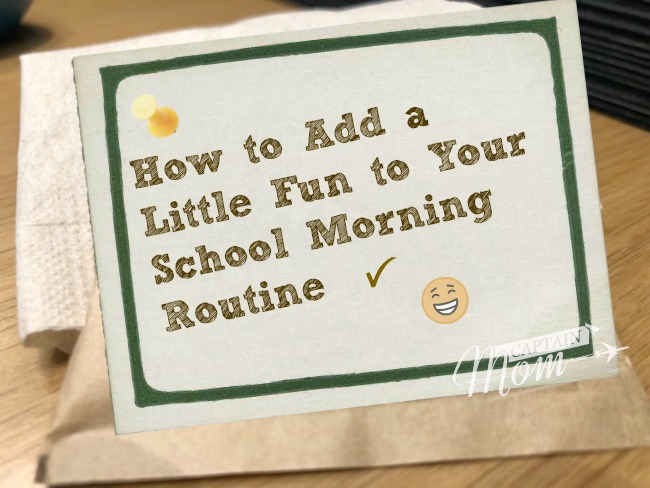 Does your morning routine with your offspring feel like crazy, out-of-control chaos? We wouldn’t be family if it didn’t at least some of time. But I don’t like this to be our normal, so we do a few things around here to incorporate the lighthearted right along with backpacks, lunchboxes, and morning chores.

Mornings: The Other Witching Hour

Disclaimer: Not all mornings are fun. I think the morning routine for kids/breakfast time is sometimes just another witching hour, really.

Some mornings, I’m hollering. Other mornings, the kids are tripping over themselves and taking karate-like shots at each other. And still other days, they come down the stairs and stand as zombies in the kitchen, wondering how it the sun has come again, and having forgotten the entire morning routine they go through 180 days of the year.

But on other days, most days, we enjoy things a bit.

How to Have a Little Fun With Breakfast

Set out the (packets of) sugar

I keep a box of sugar packets around for travel so I won’t be without when it’s time for coffee. I started setting out one sugar packet for each kid whenever we have brown rice cereal or oatmeal for breakfast. IT’S JUST ONE PACKET, PEOPLE. DON’T THROW ME SHADE. #portioncontrol

Works for them: Sugar packets are manufactured with magnetic personalities. Kids have an innate desire to play with sugar packets in restaurants. Newborns grab and smash. Toddlers rip and toss. Preteens inhale, then cough up their lungs in front of the waiter and God and younger brothers. The first time I set down a sugar packet for their morning oatmeal they were like KIDS IN THE TOYS R US when it was still in business.

Works for me: Sugar is already measured out in a one-serving-size portion. Also, no one argued that they needed more than one packet. It’s been divine. 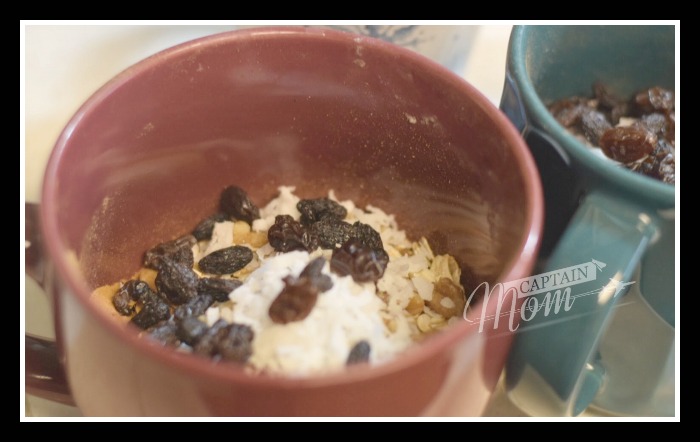 My boys and I have covered so much reading material during the breakfast routine: a book chapter, a funny essay, a snippet, a fairy tale. Comics, even.  Comics, even. And HELLO: Breakfast time is a great time for their attention: they’re sitting, they’re eating, and if they are listening to an interesting story, they have (slightly) less inclincation to knock their brother off his stool. 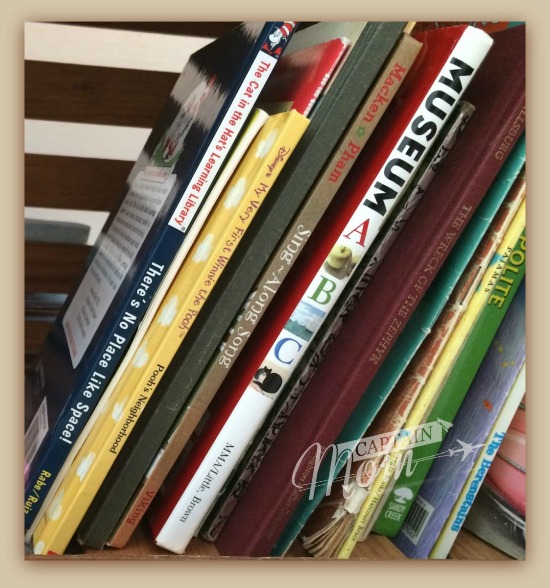 Occasionally, I break the no breakfast-while-watching-television rule, but occasionally I pull up on my phone highlights of a football game they were interested in but couldn’t watch late at night, or a funny YouTube video they would like. Sometimes, it’s an educational something or other that I want them to see.

Playing music has been a real hit for my boys during those little transitions: putting on shoes, cleaning up mess. We love songs that are upbeat and catchy or slow and crooning.  Fan favorites around here include: Footloose by Kenny Loggins, Perfect by Ed Sheeran, Say Hey (I Love You) by Michael Franti & Spearhead. They love Toby Mac songs and I’m introducing them to Roy Orbison. It’s all good fun.

What’s your biggest problem with your morning routine?